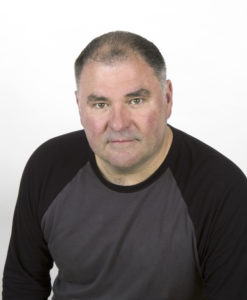 Sean Pines is a London based photographer working in the both commercial and art markets. He was inspired to be a photographer by his grandfather at around the age of 10 and has been creating images ever since and worked professionally in the photographic industry for over 30 years.

Sean has been involved in professional photography since the age of 18, having turned down an offer on a BA photography course on the advice from several top fashion photographers of the time including Terence Donovan and Brian Duffy. They felt that his work was already superior to many college leavers and as such he had a 3 year start on them to hone his skills in the field.

Sean’s primary love is art photography which he does alongside his commercial work in the fashion world and taking product shots for businesses. Clients include IPC media working with several titles, Daily Telegraph National Newspaper, National magazines Media, as well as numerous corporate and commercial clients

2002 – ‘Fashion’ at the Association of Photographers Gallery London